Who Are These People? 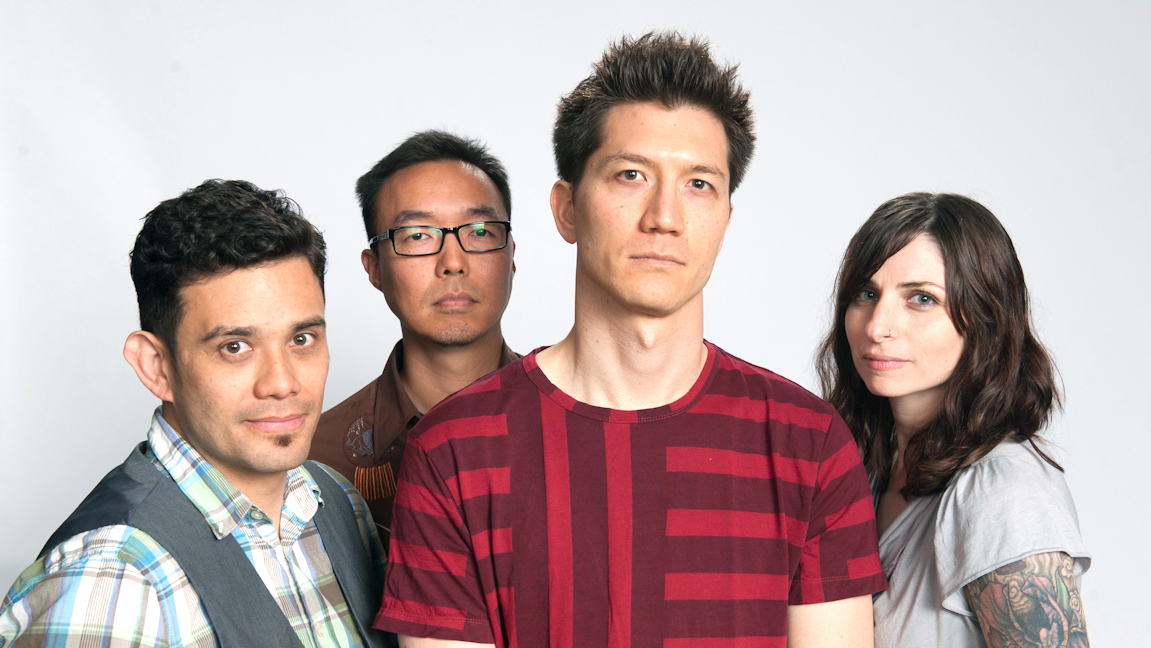 Dialectic is an indie pop-rock band from San Francisco, led by singer-songwriter Ying-sun Ho. Their sound could be described as “The Clash meet The Smiths meet Bowie.” Or “Talking Heads vs. U2 vs. Weezer.” Or maybe “The Beatles of the 21st century.” (Well, no. Probably not that last one.)

Dialectic emerged from the cavernous halls of San Francisco’s George Washington High School in the early 1990s. Ying-sun describes that early incarnation of the band as “five friends banging on our instruments in the attic of an old Victorian, hoping to create something that felt like the music we loved: U2, the Smiths, Pixies.” Over the next year or two, they would write and record a demo tape that friends loved but no one else heard.

The band went on an informal hiatus as members went to college and explored life as young adults. Ying-sun began experimenting with hip hop, eventually co-founding the progressive hip hop label Freedom Fighter Music. But in 2004, he returned to his indie rock roots, reviving the band with original members Danny Barak (vocals) and Mario Trigueros (guitar), and newcomer Ian Kim (keyboards). Dialectic released its first record, the six-song EP Stained, in December of that year, and began performing throughout the San Francisco Bay Area.

Soon, a new configuration of Dialectic emerged, featuring Ying-sun and Mario on lead vocals as Danny left the band. The new lineup hit its stride quickly, balancing performing with recording and putting out the three-song demo You Should Know in 2006. The band followed that up with its first full-length album, Laugh Like a Bandit / Love Like a Thief, in 2009. Its singular combination of densely layered, hard-edged pop and complex, nakedly vulnerable lyrics was winning Dialectic a growing fanbase when, on the verge of recording another EP in 2010, Ying-sun was seriously injured in an auto accident.

It was almost five years later that Dialectic (now including cellist Nora Barrows-Friedman) finally recorded and released its follow-up LP, Acres and Continents. Produced by San Francisco’s Laura Dean, the sonically rich, lyrically intimate record explores a time of great trauma and change for Ying-sun, the other band members, and the city they call home.

The band took another short hiatus as members explored full-fledged adulthood, having many babies and weddings and careers and the like. But in 2019, Dialectic returned to the studio to record Hunting for Stars. The ‘loose concept album’, as Ying-sun describes it, explores themes of loss, grief, and transformation, tied together by three very different versions of one song, ‘This Constellation’. Produced by the brilliant Jamie Riotto at Tiny Telephone Recording, Hunting for Stars takes Dialectic to new and expansive sonic spaces. The sound reflects the theme of the record—a band transformed by grief into its next incarnation, and through that transformation becoming more itself than ever before.